Get a Free Estimate 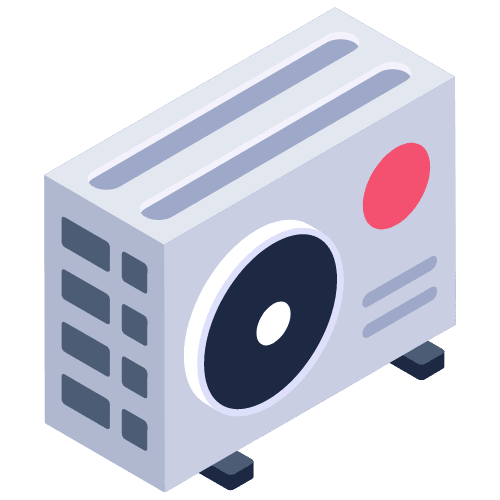 All American HVAC Services, LLC., is a leading air conditioning contractor. We offer a wide range of air conditioning services, including installation, repair, and maintenance for our home or business customers. Experienced AC technicians are dedicated to providing clients with the highest quality work possible. We use the latest equipment and techniques to ensure that your air conditioner is operating at its peak performance year-round. And most of all, you’ll find our services are competitively priced, so you cannot go wrong working with us.

Contact us today to schedule an initial consultation, and let us show you why we are the best among all the air conditioning contractors in the area. Summers in the south can be brutal, and your AC unit is working overtime to keep you cool. So when it breaks down, it can be a disaster. We offer fast, reliable AC repair solutions that will have your home or office cooled down in no time. 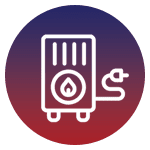 Heating efficiency is important, especially during the cold winter months. We can help you keep your home warm and comfortable all winter long. We have a wide range of financing options to choose from, so we can find the perfect one for your needs. 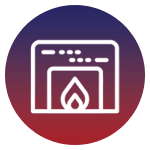 We are experts in furnace repair and installation. We will work hard to get your furnace up and running as quickly as possible so you can stay warm this winter. We offer 24/7 emergency services so you can count on us when you need help the most.

All American HVAC Services, LLC., is a full-service heating, ventilation, and air conditioning company serving most of Alabama. We are dedicated to providing our customers with quality heating and cooling repair and installation work that’s reliable and affordable. Our team of certified technicians has the experience and knowledge to repair and install all types of heating and cooling systems. Whether you need repairs, maintenance, or installation, we’ll get the job done to your satisfaction and at the lowest cost possible.

Call us today to save a date for your free consultation. Let us show you why we are among the best contractors in town! 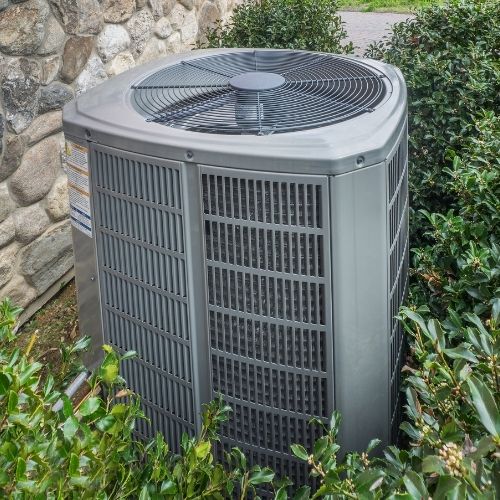 Reach Out To The Leading (Low Cost) HVAC Contractor in the Albertville, AL Area

If your home or business needs a new heating and cooling system, All American HVAC Services is the perfect company. We have many years of experience installing, repairing, and maintaining all types of heating and AC systems. And because we are locally owned and operated, we’re proud to be able to offer competitive rates on all our services.

We understand that every customer has different needs, so we offer a comprehensive service quote to help you determine the scope and cost of your project. Contact us today at 256-364-9231 to schedule a consultation with our technicians. We look forward to serving you! 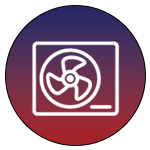 Summers in Alabama can be brutally hot and humid, making it almost unbearable to be inside without air conditioning. If your AC breaks down when you need it the most, do not hesitate to reach out to us. We’ll get it back up and running in no time! 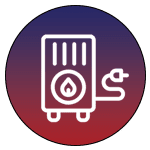 We provide reliable heating service to get your system back up and so you don’t have to worry about being cold during those terrible winter months! 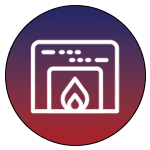 If your furnace is acting up, fixing it yourself might not be the best idea. We’re experts in dealing with all types of furnace trouble so don’t hesitate to contact us and we’ll make sure that your furnace or boiler works efficiently again! 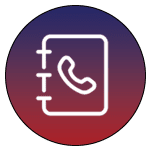 Contact us today to schedule a service request. Fill out our form to get started.

All American HVAC Services LLC has been providing top-quality HVAC services and supplies for many years. Our family-owned and operated businesses are dedicated to providing expert artistry and customer service. We offer a wide range of services, including installing, repairing, and maintaining heating and cooling systems for your home and business. We also provide energy-efficient options to help our customers save money on utility bills. Our goal is to provide our customers with the best possible service, and we are proud to be one of the most trusted names in the HVAC industry. Please get in touch with us today if you need heating or cooling services for your home or business. We look forward to serving you.

Find Out More About Albertville, Alabama

Albertville is located in Marshall County on the northeast corner of the state and was named for Thomas A. Albert, one of the first area residents. The city lies on Sand Mountain, a plateau of approximately 26 square miles.

Albertville first settled around 1850 but wasn’t officially incorporated until February 18, 1891.

In 1893, the Alabama Legislature passed an act to construct an agricultural college in each state’s Congressional districts. Albertville was awarded the school for the Seventh District, which evolved into today’s Albertville High School.

One of the worst tornadoes in Alabama’s history destroyed Albertville on April 24, 1908, but the town was rebuilt and flourished with the growth of the railroad and agriculture industry.

Sand Mountain Park & Amphitheater is a 130-plus acre park in Albertville aimed at serving all of Sand Mountain with family-friendly, public play spaces, live entertainment, and elite-level athletic facilities. It is a “park within a park!” After an 18-month process of listening to community members and studying what can further stimulate the economy, the City of Albertville designed Sand Mountain Park to serve all region residents of all athletic and recreational abilities.

For more information, get online and visit https://www.cityofalbertville.com/252/About-Us 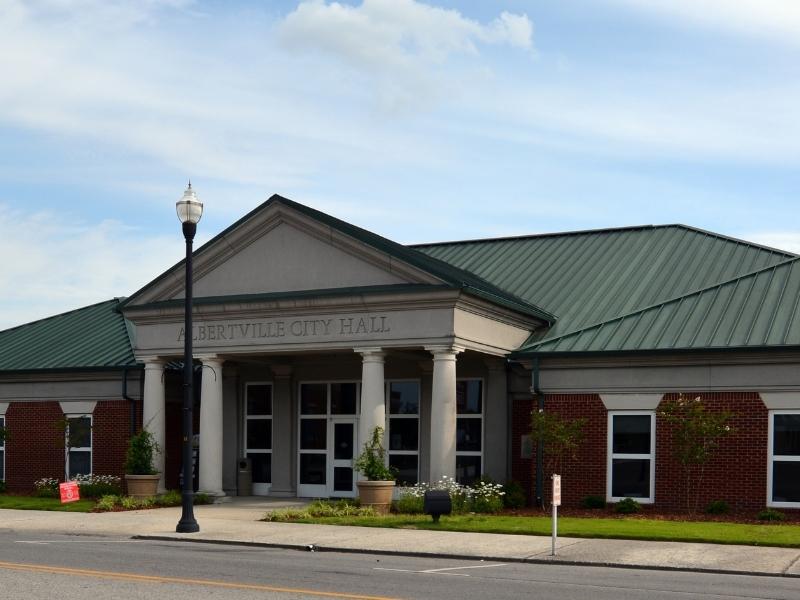 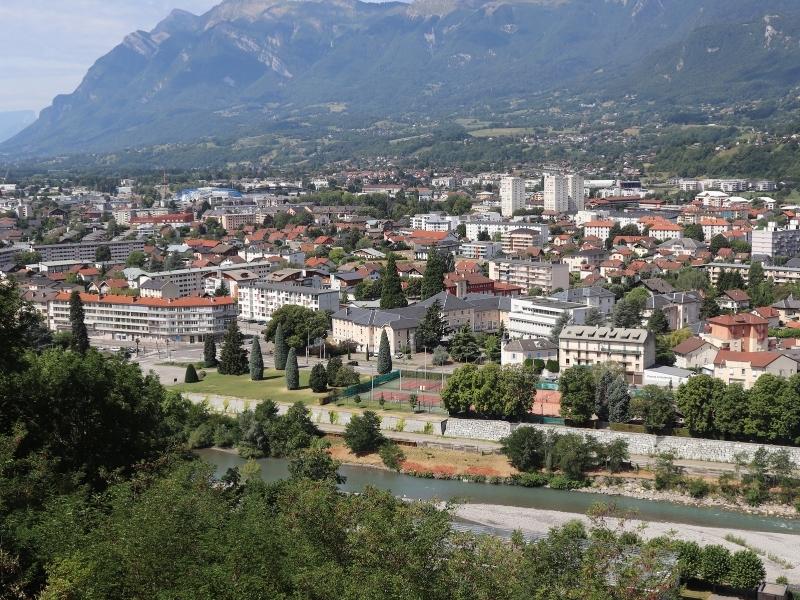 One of the worst tornadoes in Alabama’s history destroyed Albertville on April 24, 1908, but the town was rebuilt and flourished with the growth of the railroad and agriculture industry.

Sand Mountain Park & Amphitheater is a 130-plus acre park in Albertville aimed at serving all of Sand Mountain with family-friendly, public play spaces, live entertainment, and elite-level athletic facilities. It is a “park within a park!” After an 18-month process of listening to community members and studying what can further stimulate the economy, the City of Albertville designed Sand Mountain Park to serve all region residents of all athletic and recreational abilities.

For more information, get online and visit https://www.cityofalbertville.com/252/About-Us

Your Premier Heating and Air Cooling

We understand how important your home and business are to you. We want to make sure it’s always comfortable, so we have highly trained technicians who are committed and reliable professionals. They have a strong focus on customer service and will show up prepared for any job. Our dedication to customer service has made us the leading residential heating & air conditioning contractor in the AL area. We know that every home is different, so we offer various services to meet your specific needs. We also offer preventative maintenance plans to keep your system running smoothly all year round.

Our team is experienced, professional contractors with experience working on multiple systems, including but not limited to:

Contact us today to learn more about how we can help you keep your home comfortable all year! We are open to answering any questions that you may have, and we also do commercial work to include ice machine and walk-in freezer repairs.

Feel free to check our raving reviews on Google, Yelp, and BBB and know how well we care for our customers in Birmingham and nearby areas. Our 5-star pro rating says it all!

Get A Free Estimate

Our technicians are trained professionals who pay attention to every detail during routine maintenance. We help you keep your AC or heating unit working at peak efficiency! Plus, by catching minor problems before they become big ones, we can save time and money, which means less stress on our customers’ end. Rely on us for all your routine maintenance needs year-round. Our team of experts will ensure that every aspect of your home or business’s routine maintenance is taken care of so you can rest easy knowing everything is running smoothly. We understand that our customers have busy lives and that regular maintenance is often the last thing on their minds. That’s why we offer convenient scheduling and prompt service so you can return to your everyday life as quickly as possible. We also offer competitive pricing to ensure you’re getting the best value for your money.

All American HVAC Services is a veteran owned and operated local company serving all of Etowah County. Give us a call today to get started.

Having Trouble With Your Heating Or Cooling System?

TURN TO US FOR QUICK AND EFFICICENT HVAC SERVICES